Day of the Dead Costumes for Halloween

September 29, 2018 in Top Lists and Other Holiday Costumes

The Day of the Dead is a celebratory holiday observed by those of Mexican heritage. The holiday is to recall and celebrate family and friends who have died. This holiday, called Dia de Muertos in Spanish, falls on October 31st and lasts until November 2nd. Colorful costumes with skull masks are sometimes associated with the day. The popular Disney family movie Coco, released in cinemas in November 2017, featured dead characters dressed in this iconic way. Here are some Day of the Dead style outfits that would be fun for Halloween dress-up or Day of the Dead celebrations. Note that these do not include a mask or make-up for the looks shown here. 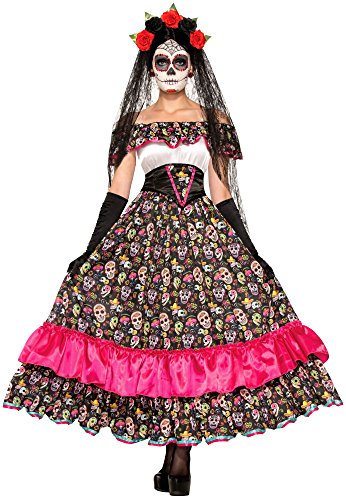 This beautiful long dress has a pink ruffle near the hem. The off-shoulder dress has an all-over colorful sugar skull print. The dress comes with a matching cinch waist belt. 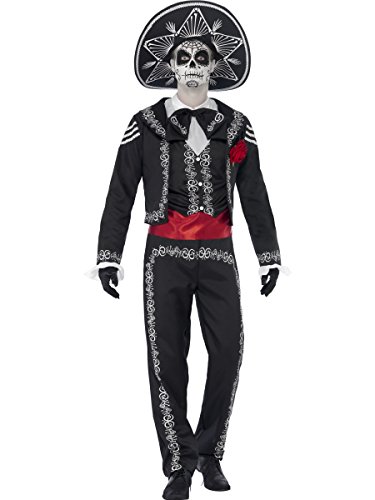 Dress up in dead style with this black suit that has intricate white details. The outfit comes with jacket, pants, mock shirt, and epic matching black sombrero. 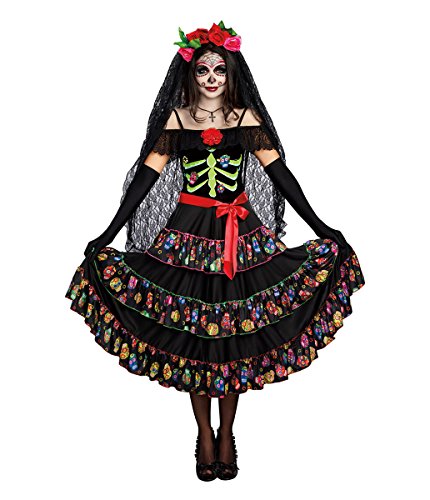 This fun black off-the-shoulder dress has a sugar skull print on the skirt and a green ribcage bones print across the bodice. Lace details and ruffling give this dress a unique look.

This costume includes a printed shirt, the matching tailcoat with sugar skull motif on the collar, and the matching top hat. Wear this with black pants and gloves and add skull make-up to complete the look. 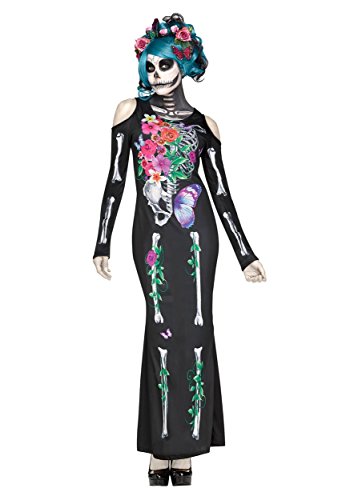 This long sleek dress has a great skeleton print. See the long arms and legs with a flower and butterfly ribcage printed in crisp white and color. 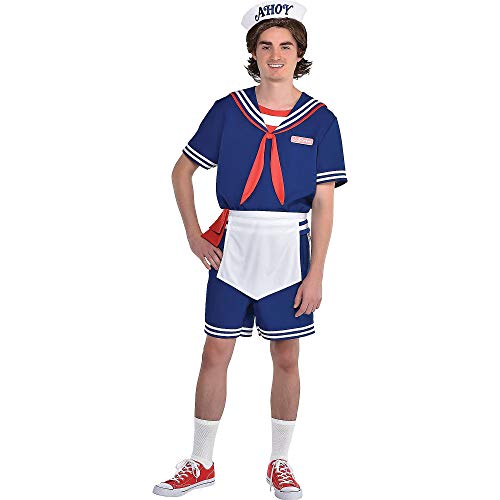 The hit Netflix show released its third season earlier in 2019 and it remains a popular show with a fun throwback 1980s theme in the kids horror genre. Some characters sported new looks in the season, making for a fun group costume idea or Halloween costumes for individuals... 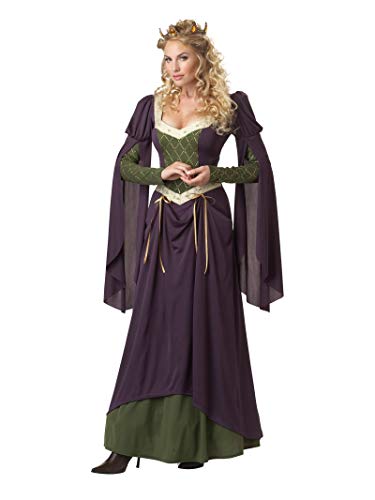 Get ready for some weekend RenFaire fun with these deluxe renaissance-style costumes. Find beautiful historical gowns for women and authentic-looking uniform costumes for men. 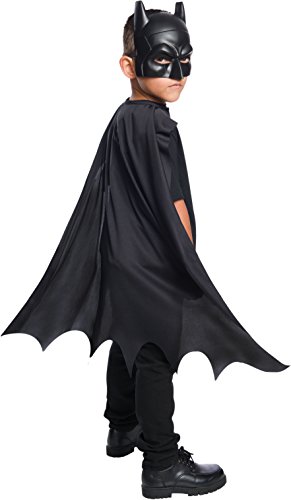 Popular costume themes from 2017 included Disney's Descendants, Guardians of the Galaxy, and outfits for pets. Scary costumes and fun accessories were also big sellers on this website last year. Check out our top-10 best-seller list from 2017! Maybe these will inspire you for Halloween 2018! 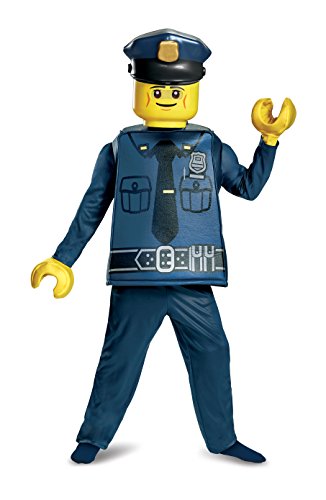 Kids who love playing with LEGO bricks will have so much fun dressed up as a LEGO minifigure for Halloween this year! This is a sampling of the officially licensed costumes available to buy on Amazon, all based on popular LEGO figures.