Dress up as the King himself, Elvis Presley. Most of the costumes featured here have you dressing up as Elvis in his Vegas and later live concert years, when he dressed in elaborate jumpsuits and stage costumes which were a big part of the show. Put on a white jumpsuit and a big black wig with sideburns and there will be no doubt who you're supposed to be.

Elvis costumes have been a popular choice for years. With the release of Baz Luhrmann's epic biopic in 2022, dressing up as The King is seeing renewed interest, along with renewed interest in the star himself. 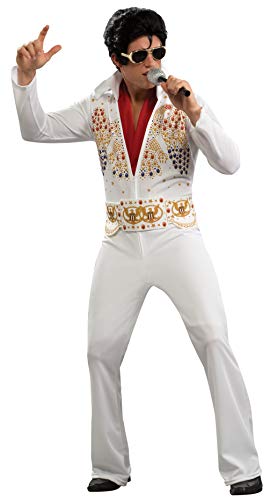 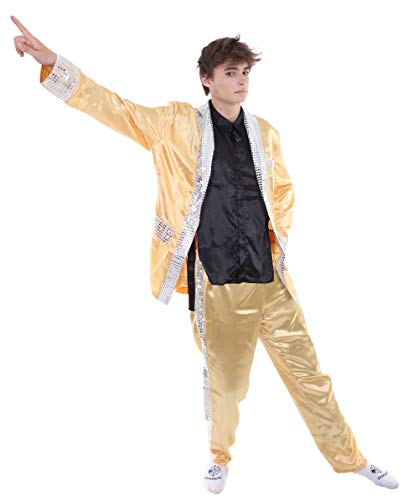 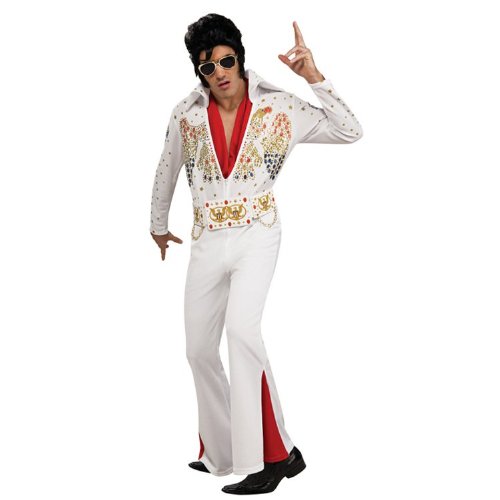 From Amazon
Costumes For All Occasions RU889050LG Elvis Deluxe Large 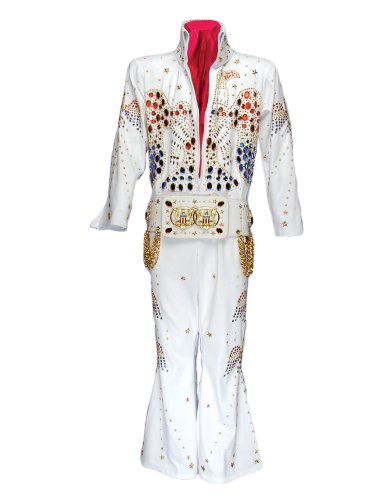 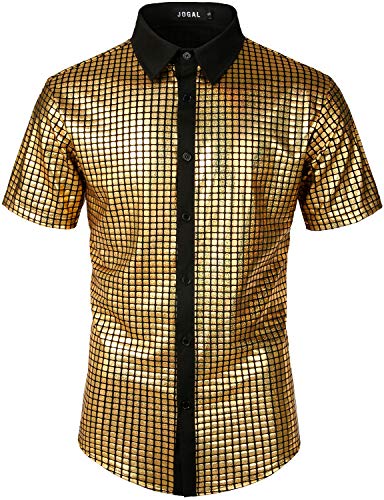 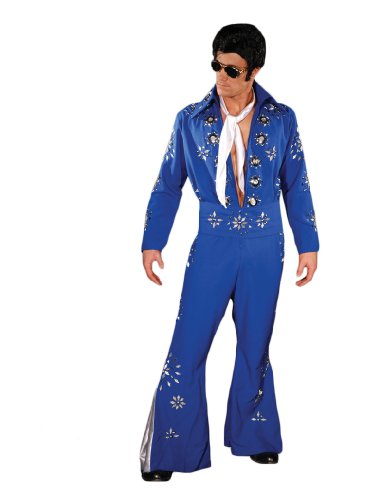 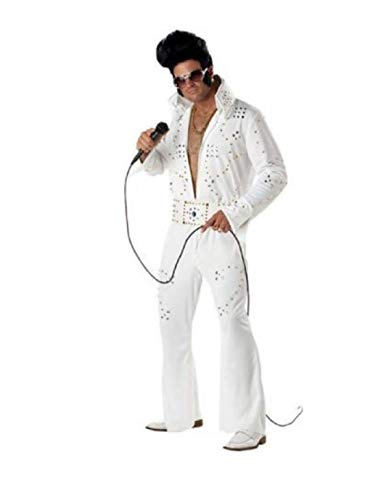 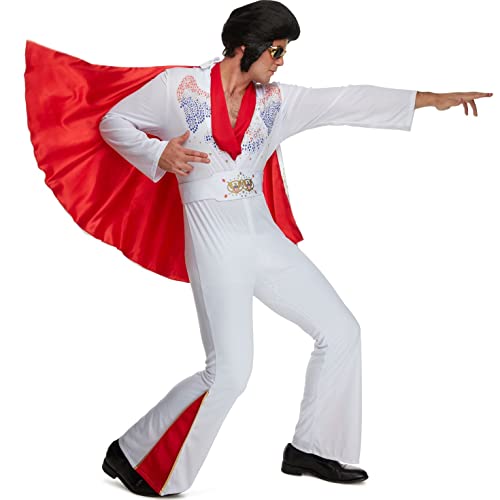 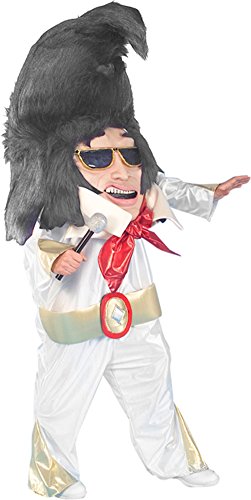 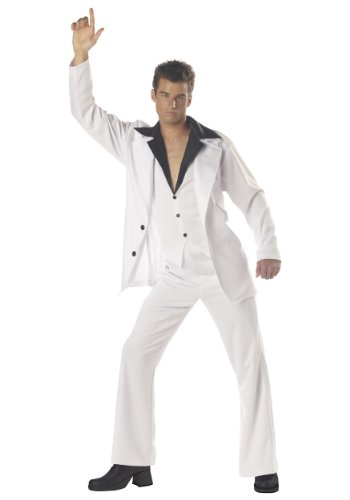 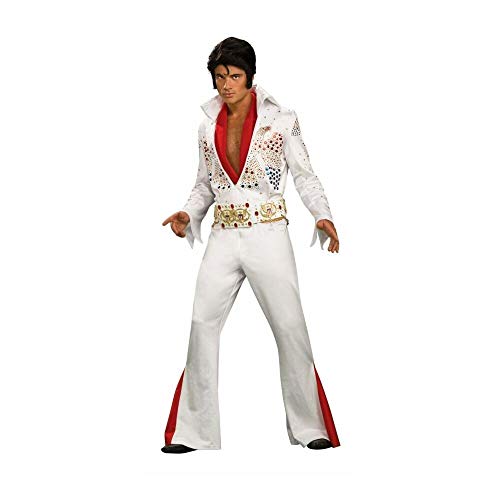 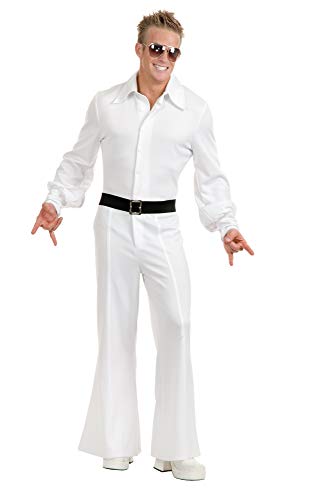 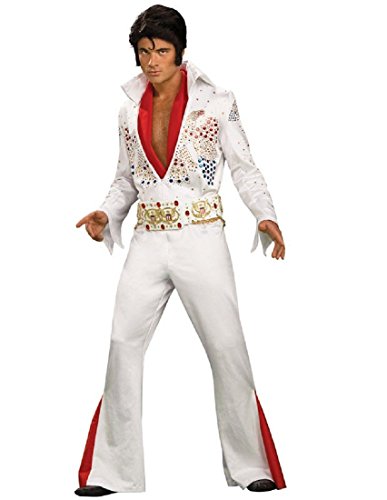 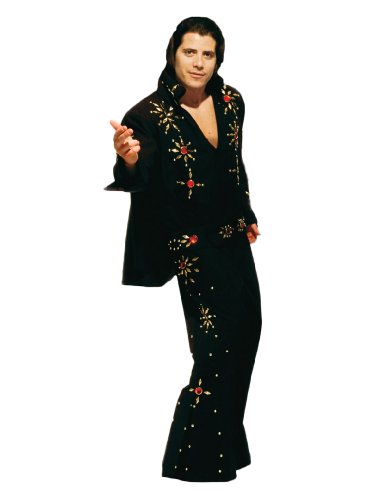 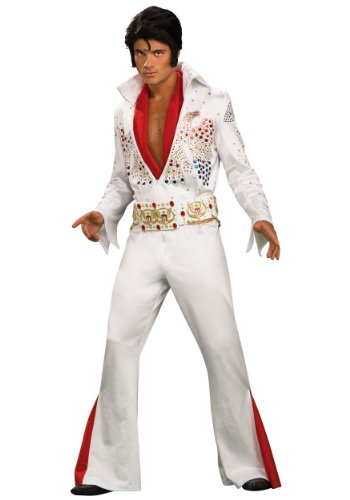 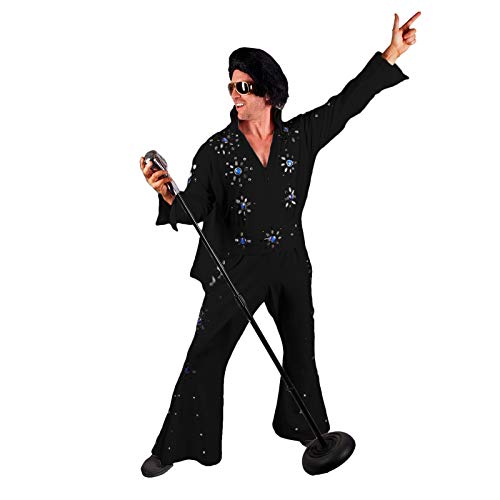 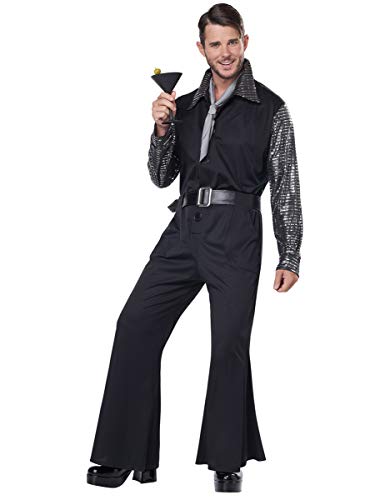 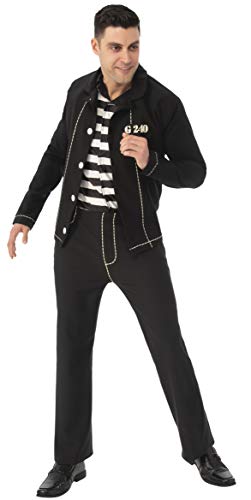 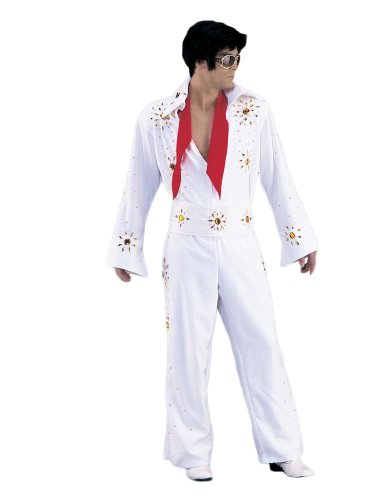 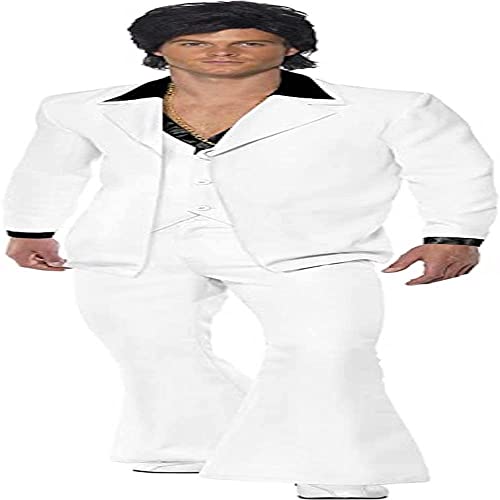 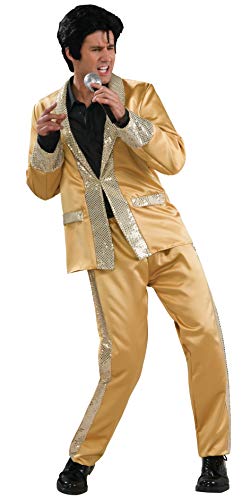 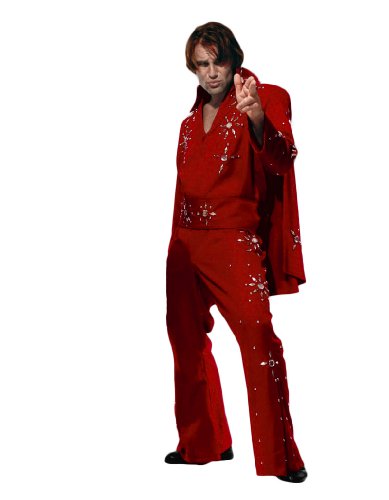 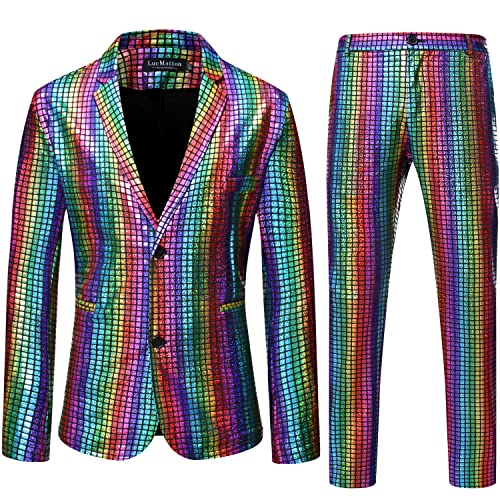 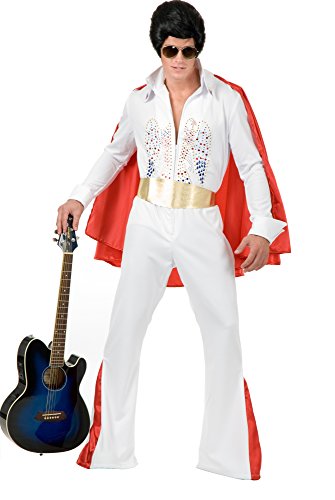 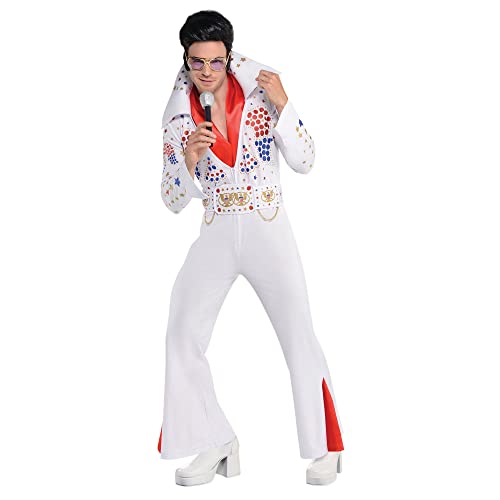